Haydn was 69 when he came to Drewberry. He’s now retired after working as the Head of Department at the Belfast Institute of Further and Higher Education.

Haydn had been with Aviva for his Private Medical Insurance for the past 30 years. However, he discovered he faced an increase of over £100 per month at his annual renewal. He didn’t know what his best options were at renewal.

Joe Toft, Senior Health & Wellbeing Expert at Drewberry, reviewed every major UK insurer for Haydn. In doing so he found a far more competitive option with Bupa. Not only was it more cost effective but it allowed Haydn to add his partner to the cover as well — all for the same price Aviva wanted to charge for his renewal just for him. 😎

At 69, Haydn Hardinge faced an unwelcome surprise: the annual price hike on his Aviva Health Insurance.

Private Health Insurance renews yearly, just like car or home insurance. Your insurer writes to you annually to inform you of your premiums for the upcoming 12 months.

“When I opened my renewal letter this time, my premiums were going up by close to £100 per month. I was shocked to say the least,” Haydn explains. 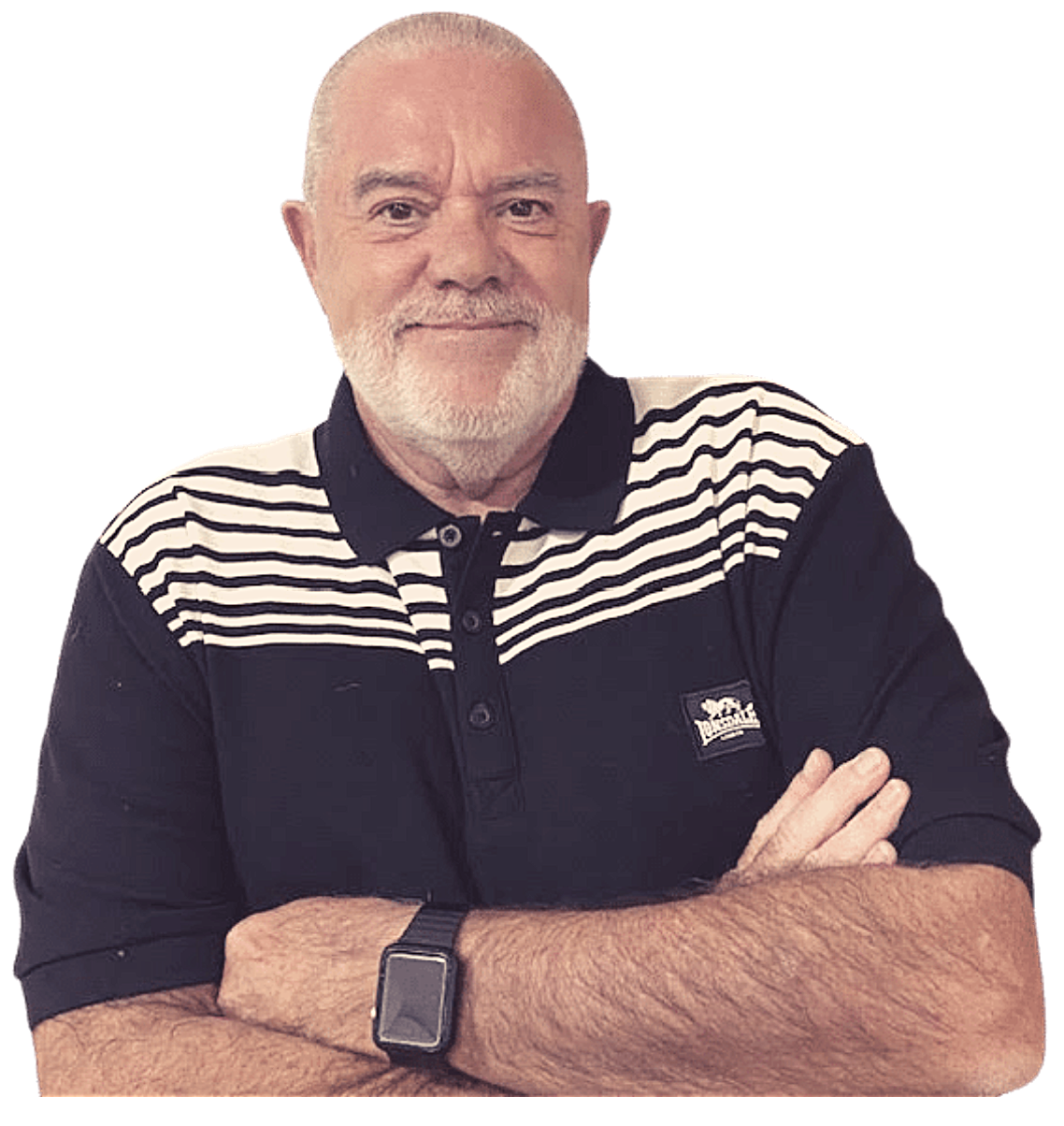 “I’ve been with Aviva for around 30 years. After I retired, I carried over the Group Health Insurance from my Head of Department position at the Belfast Institute of Further and Higher Education.

“In spite of my loyalty to AVIVA and never making a major claim, my premiums were going up by nearly £1,200 across the coming year. Ultimately, it was just too much of an increase and too big a bill for a retired person.”

Haydn hunted the internet for some help and advice…

“Unfortunately, Haydn’s situation isn’t unique,” says Joe. “Many of my clients stick with one insurer for years and think they simply have to put up with prices creeping up — or in Haydn’s case jumping up — over time.

“However, you don’t always have to stay with the same insurer. Undertaking regular policy reviews can lead to significant savings, as I managed for Haydn.”

Joe compared Health Insurance quotes from the entire UK market and went back to Haydn with his findings. Joe’s recommendation was to move Haydn to Bupa, saving almost £100 per month over his renewal quote with Aviva.

“I couldn’t believe the difference and I admit I was a little bit sceptical that there could be such a huge saving at first,” says Haydn. “I was worried that Bupa might not offer the same level of cover I’ve had with Aviva.

“This was important for many reasons, not least because, while on the Aviva policy, I became a Type 2 diabetic. I’d even had a private consultation through Aviva about my diagnosis, so I wasn’t sure whether Bupa would honour this and continue to insure me for Type 2 diabetes!”

However, Joe was able to advise Haydn that providing he switched on the correct terms, it’s usually possible to achieve continuity of cover for pre-existing conditions you’ve developed while on a previous policy. So that’s what Joe proposed for Haydn.

“People are understandably worried about ongoing coverage when switching insurers,” says Joe. “After all, your health is so important; it’s absolutely a legitimate concern. Yet with the right terms, in most cases advisers can port you between providers fairly easily.”

“I wanted to consider my options carefully,” says Haydn. “After all, switching away from an insurer I’d been with for 30 years was a big decision. I wanted to know I was making the right choice.

“Joe was fantastic. We were in frequent contact, speaking four times a week or more as I sought to reassure myself that I was doing the right thing. Joe didn’t put me under any pressure, letting me make my decision in my own time. He answered my questions fully giving me all the information I requested. Ultimately, his reassurance and how thorough he was gave me the confidence to switch insurers.”

Haydn’s switch to Bupa drove his premiums down so much that he asked Joe to investigate how much it would cost to cover both himself and his partner, who hadn’t got Health Insurance, within the same policy.

Joe looked into this and came back with a premium of £276.95 per month for both Haydn and his partner, less than the Aviva renewal for Haydn alone.

“At that price, I decided to add my partner to the policy there and then,” says Haydn. “Now we’ve both got Private Medical Insurance, all for less than the renewal just for me.”

Moreover, Haydn’s new Bupa policy is actually superior to his old one in certain ways.

“With Aviva, Haydn had the 6 week NHS wait on his policy. This means that if you can have the inpatient treatment you need on the NHS within 6 weeks then you would not be eligible for private treatment under your Health Insurance,” explains Joe. “Haydn’s new Bupa policy doesn’t have this restriction.”

Haydn’s first response to his insurance premiums going up was to go back to Aviva and ask why. However, Aviva never gave him any real clear reasons on this front. They simply said that they couldn’t do anything to lower his premiums.

“I spoke to someone on the phone who couldn’t really say why my premiums were rising as much as they were,” recalls Haydn. “After all, I’ve never made a major claim, which Aviva recognised. It felt to me like a very arbitrary decision on Aviva’s behalf.

“While part of the price increase was possibly because I was turning from 69 to 70, it was such a steep hike that I felt sure that this alone couldn’t account for all of the huge increase in my premium of almost 100%.”

The Perils of Price Comparison Sites

“I went through the process of putting my details into many online websites and getting Health Insurance quotes, but there was never anyone to actually speak to about any of the results,” says Haydn.

“I also found in the small print that some of the featured insurers were paying to appear there, while others were being ‘sponsored’. This made me wonder whether the results they were showing me were either accurate or comprehensive and if they were right for me.”

Why Independence is Essential

Haydn also spoke to another adviser who was giving him the hard sell for a particular policy brand. However, on further investigation, Haydn found the adviser was part of an offshoot of one of the UK’s biggest Health Insurance providers and therefore wasn’t truly independent.

“I raised this with the adviser and asked if he could get me quotes from other insurers. He told me that while he could get other quotations, they wouldn’t be cheaper than the quote from the insurer he was affiliated with,” says Haydn. “That didn’t sound right to me.

“I also felt a bit of pressure to use his services. For instance, he called me just before my birthday to say it was better to switch sooner rather than later to get the best deal before I got another year older. I felt under pressure to make an instant decision. This couldn’t be further from what happened with Joe”

The Difference Drewberry Made to Haydn

Drewberry offers truly independent advice. We access the whole market and aren’t linked with any particular insurer. That way, you know you’re getting cover that’s right for you, not a policy that’s best for an adviser to sell.

“I’m so glad I found Drewberry,” says Haydn. “Joe had endless patience — there was never any hard sell. What he’s managed to do for me by switching my Health Insurance is fantastic. We’ve effectively doubled our cover, all for less than I’d be paying if I’d accepted Aviva’s renewal quotation for myself.

“My story shows that it can be possible to change your insurance provider and get a better deal on your Private Medical Insurance without losing any cover options. You don’t have to just renew year after year with the same insurance provided — there are other options.

“After my experience, I feel that everyone with Private Health Insurance, especially those over 65, should make a call to Drewberry when their policy comes up for renewal. There’s no harm in seeing what they can do.

“Even if you can’t get a better deal, there’s no harm in seeing what they can do for you by giving you their knowledgable and independent advice with the personal touch.”

We started Drewberry™ because we were tired of being treated like a number.

We all deserve a first class service when it comes to issues as important as protecting our health. Below are just a few reasons why it makes sense to talk to us.

For help and fee-free advice when it comes to Health Insurance, especially if you’re looking to switch Health Insurance or need Private Medical Insurance in retirement, don’t hesitate to give us a call.