“My dad, Dudley, started the business back in the 1980s when he became a UK distributor for two of the world’s leading industrial engineering businesses,” explains Alison. 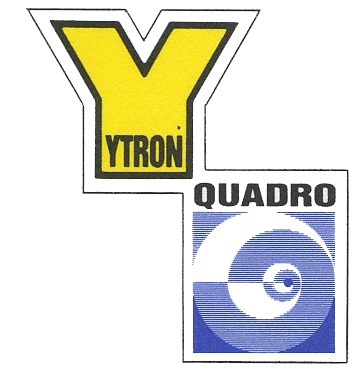 “Ytron is based in Germany while Quadro is a Canadian business. They may not be household names in the UK, but they’re world-beaters in the field of process engineering.

“Since then we’ve added other major names in related fields including the likes of VMI, Labocontrole and Fitzpatrick, so we cover a lot of ground these days,” she says.

“Over the years, Dad persuaded both me and my brother Paul to come work in the family business. I’ve been here for 26 years and now I take care of most of the day-to-day financial and admin business issues.

“Meanwhile, Paul completed his engineering apprenticeship more than 25 years ago and has now been with the company 28 years.

“Together with our Managing Director, Jon Youles, Paul handles client-facing aspects of the business. Alongside them is Paul’s son, Ben, who joined us nearly six years ago.

“Because we’re a close-knit family business,” says Alison, “having a decent package of employee benefits in place has always been important to us. We have death in service and group income protection in place and we’ve had business health insurance of one kind or another for decades.

“However, it felt like the wheels were coming off our private health insurance cover after our former broker made a number of worrying mistakes and then left us to pick up the pieces. That’s when I found Drewberry,” she says.

A blooper with Bupa Health Insurance

Problems with the company’s group health insurance policy first started to surface when the renewal date was approaching at the start of March 2017.

As Alison explains, “Two years ago we still had cover with AXA PPP but our broker of the time suggested that we switch to Bupa for a lower premium. This seemed to work well although it became clear that the policy would become steadily less competitive as time wore on.

“More worrying still was that for years we had included my mum and dad’s close family friend of 50 years Maureen, and her daughter Amanda, on our policy.

“We’d been paying the premiums for both but then we found out that, as they were neither employees nor direct relations of employees, they were actually barred from cover. Fortunately, neither one had ever had to make a claim.

“This was an expensive mix up that left the business out of pocket and Maureen who’s now in her 70s – without any practical cover.”

Unnecessary stress with their existing cover

Over the years, Alison has had more than her fair share of problems with the company’s various PMI brokers. “A few years back,” confides Alison, “we paid out a cheque at our broker’s request to cover our renewal. We then found that the premium had been drawn via an existing direct debit arrangement so that we’d paid twice for the same cover.

“Fortunately,” says Alison, “we’re big enough to absorb a billing mistake like this for the week or so it took to get our money refunded. However, there are a lot of small businesses that would struggle with losing over £10,000 like this,” she says.

“My eyebrows really started twitching when I called our broker only to be told that our original adviser was now on an extended holiday due to “stress-related issues” but that I could “speak to his brother”, if I had any queries about our cover (?!).

“With just under a month to go before our next renewal came due, I decided it was time to look around for a new adviser and an online search lead me to Drewberry.”

“My experience with Drewberry couldn’t have been more different. Although the clock was ticking our adviser, Emma Wilson, was able to pick up the case and come up with a better solution in a matter of days.”

“Emma suggested we move our group cover to Vitalityand secured us terms for a nine-man scheme to cover our seven employees and two spouses. The premium for this was around 20% better than for comparable cover,” says Alison, “not to mention almost three grand better than the renewal premium we were facing.

“At the same time, Emma referred Maureen and Amanda to one of her colleagues who specialises in individual PMI.

“Thanks to his prompt action, he was able to secure the cover we thought they had all along – without the need for any further medical assessment.

“We were so impressed with the service we received from Drewberry that we also asked Emma to take a look at our group death and income protection policies,” says Alison, “to see if we could be doing things better there too.”

The Apple of her eye

“I was quite excited by the idea of taking out cover with Vitality,” says Alison. “I was already aware of their campaign with Jessica Ennis-Hill,” she admits, “although mostly because the dog in the adverts, Stanley, looks a lot like my own dachshund Rolo – our other full-time member of staff!” 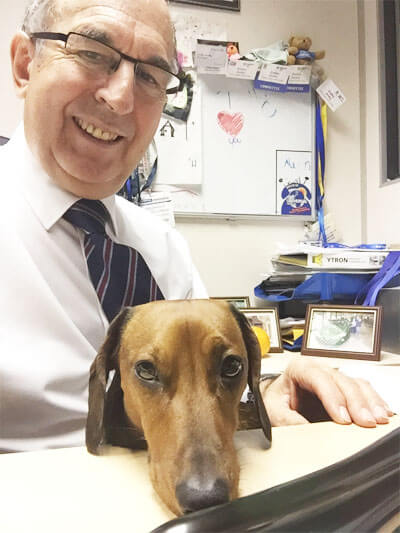 “I’ve been keen to buy an Apple watch for a while,” says Alison, “and now I can get a hefty discount with our Vitality policy. I’m sure the rest of the staff have similar plans,” she says.

“Dad still works three days a week but he also cycles regularly and does pilates. I’m starting to get back to walking, swimming and trampolining after a recent injury,” says Alison, “while Paul and Ben are both keen footballers.

“Meanwhile, our MD, Jon, who has been with the company 12 years, is a bit of an ‘adrenaline junkie’ already – he’s never happier than when he’s hanging off a rock face, paragliding, or snowboarding.”

This case illustrates just how much a broker can do when it comes to finding the right cover for clients of all shapes and sizes.

Importantly, we were able to find the two ‘lost’ scheme members full cover on continued terms with AXA PPP. This was important as someone like Maureen – who’s now in her 70s – would probably have found herself priced out of the market if new underwriting was required.

Emma also goes on to explain how she helped get cover for Dudley and his wife, Elizabeth, on continued underwriting terms.

“Dudley and his wife, Elizabeth, are also in their 70s now, so if they were to leave the group scheme they’d find individual cover to be very expensive. We had to go the extra mile for Elizabeth as she’s currently recuperating from a knee op she underwent a few weeks before the company’s Bupa policy came to an end.

“The procedure couldn’t have gone better,” explains Emma, “but we needed to make sure we got all the proper disclosures signed and sent back in time for Elizabeth to go on cover with Vitality with no exclusions.”

“Meanwhile, Vitality is the perfect provider for Alison’s company scheme; it’s highly competitive in terms of price while its lifestyle elements are unlike anything else on the market right now. Because the policy’s premiums are linked to the healthy activities that its members complete, there’s every chance it will remain the most cost competitive provider over time.

“Just as importantly,” says Emma, “is that the whole concept of ‘fit bits’ and Apple watches has caught the imagination of the guys at Ytron-Quadro.

“This means that their PMI cover has gone from being something boring on a back shelf to something that the whole company is suddenly engaged and having fun with.

“I get the feeling that Rolo is probably now the best walked ‘sausage dog’ in the UK!” says Emma.

Need help with your employee benefits?

There are many potential hazards to avoid when structuring your employee benefits package whether it be setting up a death in service scheme or renewing your business health insurance.

We have a team of independent experts on hand to help you navigate your way through to a successful implementation. Like Ytron Quadro, if you need help with your employee benefits package then please do not hesitate to pop us a call on 02084327333.

How Much Does Keyman Insurance Cost in 2021?
Want to know how much Keyman Insurance cost? In this guide we provide example pricing for different types of clients as well as the option to get regulated advice and compare instant quotes from the top UK insurers...