Aviva has become the latest UK insurer to publish full details of its annual claims experience. According to its first Individual Protection Claims Report, the company paid out benefits to over 23,000 individual claimants in 2016.

The Norwich-based giant also revealed that it paid out 96.7% of all individual protection claims in 2016.

According to its report, Aviva paid out on 98.9% of life and terminal illness insurance claims, 92.3% of critical illness claims and 92.6% of income protection claims.

Highlights from the report include that Aviva paid out £522.2m in Life Insurance claims last year (including terminal illness benefits), with the top three claims resulting from:

This transparency and publication of such detailed statistics by Aviva sets new standards for such claims reporting.

“This feels like a major victory for the insurance industry,” enthuses Tom Conner, Director of Drewberry. “We’ve always been very vocal in our support for greater claims transparency on the part of UK insurers. We know from helping thousands of Britons that one of the biggest hurdles preventing people from taking out proper cover remains the widespread belief that insurers try to avoid paying out when the time comes. 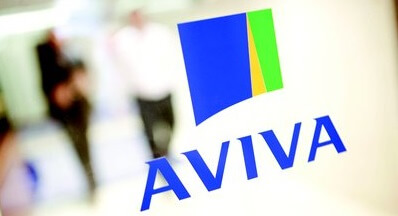 “In fact, Aviva’s own research highlights that Britons still think that only 47% of individual protection claims are ever paid out. The truth is that the average payout rate is roughly twice this high,” says Conner.

“We’ve always believed that publishing details of their annual claims experience is the best way for insurers to address this problem.

“That’s why we’re delighted that Aviva continues to publish this vital data every year, along with other leading insurers. This practice is fast becoming a hall-mark of the UK’s best insurers,” he says.

“Up until now, most insurers have published their claims data and not much else,” says Conner, “but Aviva’s latest report includes details of the company’s claims and rehabilitation process, useful customer case studies and a breakdown of the key reasons why claims fail each year.

“We’re hoping that other UK insurers will take a leaf out of Aviva’s book,” says Conner.

Drewberry Insurance is a trading name of Drewberry Ltd, which is an appointed representative of Intrinsic Mortgage Planning Ltd and Intrinsic Independent Ltd, which are authorised and regulated by the Financial Conduct Authority.

Drewberry Wealth Management is an appointed representative of Intrinsic Mortgage Planning Ltd and Intrinsic Wealth Ltd, which are authorised and regulated by the Financial Conduct Authority.

I had the pleasure of dealing with Jake Mills in organising my insurance. Jake was fantastic to deal with — his patience and understanding really helped.